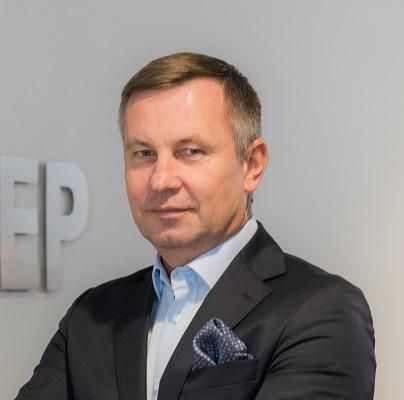 PRESIDENT OF THE BOARD OF UNIBEP SA

Leszek Marek Gołąbiecki was born in 1969. He has an MEng degree in civil engineering from Białystok University of Technology. Mr Gołąbiecki has worked in the construction industry from the start of his professional career and has climbed every step of the corporate ladder; his former positions include contract manager, director of construction affairs and vice president of the board of Unibep SA. He previously worked for Budimex–Unibud SA and Budimex Dromex SA. In 2004, he started working for the Bielsk Podlaski-based Unibep. 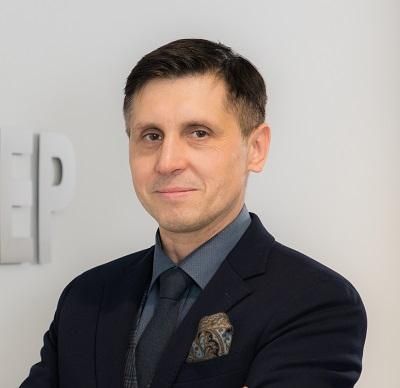 VICE PRESIDENT OF THE MANAGEMENT BOARD OF UNIBEP SA, CHIEF FINANCIAL OFFICER

Sławomir Kiszycki was born in 1973. A graduate of the Warsaw School of Economics (SGH), he has also completed post-graduate MBA studies at the European Academy of Managerial Skills of the Warsaw School of Economics, and participated on a non-credit basis in a PhD programme at the College of Management and Finance of the Warsaw School of Economics. He is licensed by the Polish Ministry of Treasury to sit on supervisory boards of state-owned companies. Between 1998 and 2006, he worked in the banking industry. He has been part of the financial division of Unibep SA since May 2009. On 1 September 2011, he was given a managerial position as deputy CFO, and in July 2012 he was appointed CFO. He has been the vice president of the management board of Unibep SA since June 2014. 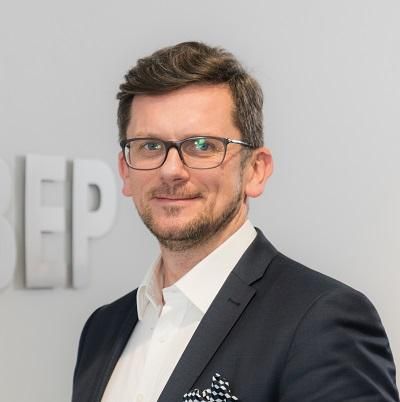 VICE PRESIDENT OF THE MANAGEMENT BOARD OF UNIBEP SA, DIRECTOR OF CONSTRUCTION AFFAIRS

A graduate of the Faculty of Civil Engineering at the Warsaw University of Technology, with a major in construction (civil engineer). In 2002, he obtained a builder licence entitling him to manage structural and construction works without limitations.

From 1998 to 2002 he worked for RAM Sp. z o.o., where he held positions that included site manager and production director. From 2002 to 2016 he was professionally involved with Turret Development Group, where he held positions such as project manager, site manager and technical director, and took part in the preparation and implementation of large development investments. Between July 2016 and February 2017, he worked as a project director for Home Invest Group.

He began working for Unibep Group in April 2017, when he took the position of market director at Unidevelopment SA; his responsibilities included preparing the concept for the Nowy Wacyn project in Radom. Since 1 May 2018, he has been a member of the board of directors and director of construction affairs. He was promoted to the positions of vice president of the board of Unibep SA and director of commercial and public utility construction affairs on 1 November 2018.

He is a member of the supervisory board of Budrex sp. z o.o. 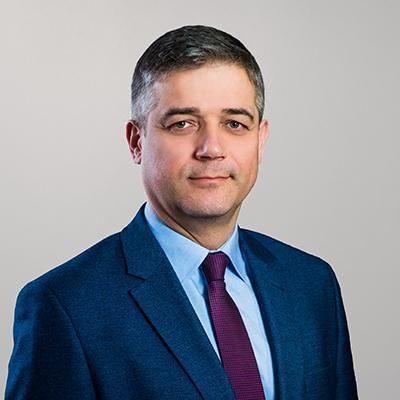 MEMBER OF THE MANAGEMENT BOARD OF UNIBEP SA, DIRECTOR OF INFRASTRUCTURE

Adam Poliński was born in 1971. He graduated from the Faculty of Economics of the Warsaw University Branch in Białystok, and completed post-graduate studies in accounting and corporate finance. He has been acting as an academic teacher since 1996, working with companies and local authorities in the field of financial consultancy.

Between 2006 and 2018 he was the Deputy Mayor of Białystok and was responsible for supervising units such as the Municipal Roads Administration or the Department of Investment, Architecture and Urban Planning. At the Municipal Roads Administration, he was responsible for the preparation and implementation of municipal investments and for obtaining EU funds for them.

He has been with Unibep SA since September 2018, initially working as the board's representative for public-private partnerships, and in February 2019 moving to the position of Director of the Infrastructure Division at Unibep SA; he is also a member of the supervisory board of Budrex Sp. z o.o. in Białystok.

In November 2020, by decision of the supervisory board of Unibep SA, he was appointed as a member of the company's management board with effect from 1 January 2021.

Division of responsibilities of members of the management board of Unibep S.A.

Let's be
in touch!

Save
Cookies user preferences
We use cookies to ensure you to get the best experience on our website. If you decline the use of cookies, this website may not function as expected.
Accept all
Decline all
Read more
Analytical cookies
These cookies are particularly intended to enable the website administrator to monitor the website traffic statistics, as well as the sources of traffic. Such data is typically collected anonymously.
Google Analytics
Accept
Decline
Niezbędne
Essential cookies
These cookies are necessary for the correct operation of the website and therefore cannot be disabled on this level; the use of these cookies does not involve the processing of personal data. While you can disable them via your browser settings, doing so may prevent the website from working normally.
Accept
Decline
Functional
Tools used to give you more features when navigating on the website, this can include social sharing.
AddThis
Accept
Decline