April marked 14 years since we started our business. Over the past decade, we have gained an established position in the residential construction market. Our company, which is part of the UNIBEP SA Group, has grown consistently with each year, implementing new projects and focusing on values such as quality, professionalism and safety.

Since 2008 we have been present in Warsaw, since 2012 in Poznan, since 2016 in Radom, and this year we are also debuting in Gdansk. Our company has completed more than 35 investments, in which it has delivered more than 5,000 apartments, single-family houses and 150 commercial units. Their total area is nearly 300,000 square meters. And we have more interesting projects in the pipeline.

Monday Development sp. z o.o. is a real estate development company, part of the Unidevelopment Group, present on the Poznan real estate market continuously since 2003. During its several years of activity, it has built and put into use more than 1150 apartments and 4 thousand sqm of office space. The company is known for implementing both intimate projects and larger residential complexes. The Monday Development brand is particularly associated with interesting architecture and high quality workmanship. This is evidenced, among other things, by the nomination for the Jan Baptista Quadro award for the Kamienica Wildecka project.

Awards and recognition among customers

The company is a member of the Polish Association of Developer Companies. During the last ten years, it has been awarded many prizes in the industry environment, including the title of Builder Monthly's Construction Company of the Year (in 2016 and 2017), and the Silver Eagle of the Polish Construction Industry. The company's president, Zbigniew Gościcki, was also awarded the title of Industry Personality of Builder Monthly in 2017.

The company has earned the trust of its customers. This is confirmed, among other things, by a study conducted in July 2017 by the Department of Urban Geography and Spatial Organization at the University of Warsaw on Unidevelopment SA. It showed that among the developer's strongest points, respondents primarily include its unique approach to customers. They also list five main reasons for buying an apartment from the company, which include: original architecture, favorable price, well-developed surrounding area, interesting apartment design and convenient location. These qualities add up to customer satisfaction, which is the basis for the trust the company enjoys.

Monday Development sp. z o.o. is a development company which is a part of Unidevelopment Group and has been present on the Poznań real estate market ever since 2003. During the several years of its operations, it has built and commissioned over 1150 flats and 4,000 m2 of office space. The company is known for implementing both small-scale projects and larger residential complexes. The Monday Development brand is particularly associated with interesting architecture and high quality workmanship, as evidenced by recognition given to the company in the form of a nomination to the Giovanni Battista di Quadro Award for the Kamienica Wildecka project.

As a development company, Unidevelopment is a member of the Polish Association of Development Companies and the Polish Green Building Council. The company has been awarded the Developer's Certificate several times by the jury of the PZPB (Polish Association of Construction Employers). The certificate is granted to reliable and credible companies operating on the domestic property market. Over the past ten years, Unidevelopment has received many industry prizes, including the title of Builder monthly's Construction Company of the Year (in 2016 and 2017), and the Silver Eagle of the Polish Construction Industry. The company's CEO, Zbigniew Gościcki, has also been recognised and received the title of Industry Personality from the Builder monthly in 2017.

Unidevelopment is part of Unibep Group, active in several segments of the construction market. It provides general contracting services in Poland and abroad (Unibep SA), implements broadly defined road and bridge construction projects (Infrastructure Division of Unibep SA and Budrex Sp. z o.o.), and manufactures modular houses in the House Factory in Bielsk Podlaski (Unihouse SA). Unibep SA is one of Poland's major construction companies with over 70 years of history, and has been listed on the Warsaw Stock Exchange since 2008. 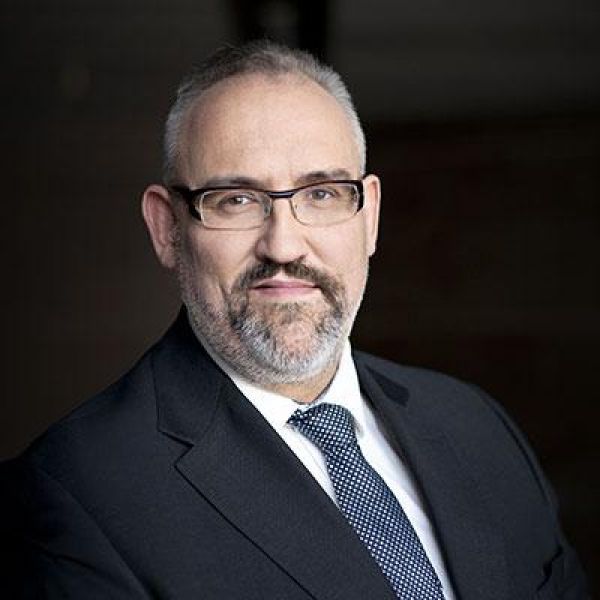 PRESIDENT OF THE MANAGEMENT BOARD OF UNIDEVELOPMENT SA

A revolutionist and a visionary, and a tough negotiator to boot. Zbigniew Gościcki is able to turn every project into a financial success. He is cheerful, open and supportive. His hobbies include sailing and motorboat sailing. 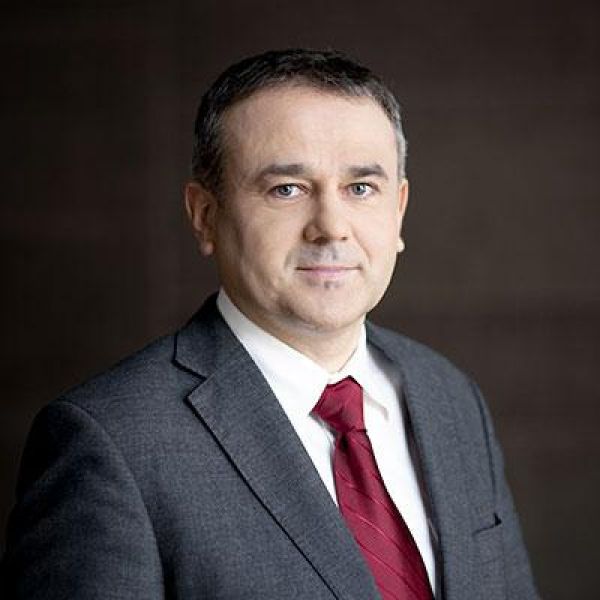 VICE PRESIDENT OF THE MANAGEMENT BOARD OF UNIDEVELOPMENT SA

Mirosław Szczepański is an experienced manager who has worked in the property development industry for many years. He is responsible for managing investment processes and pursues even the most complex projects with commitment and optimism. His hobbies include water sports and mountaineering. 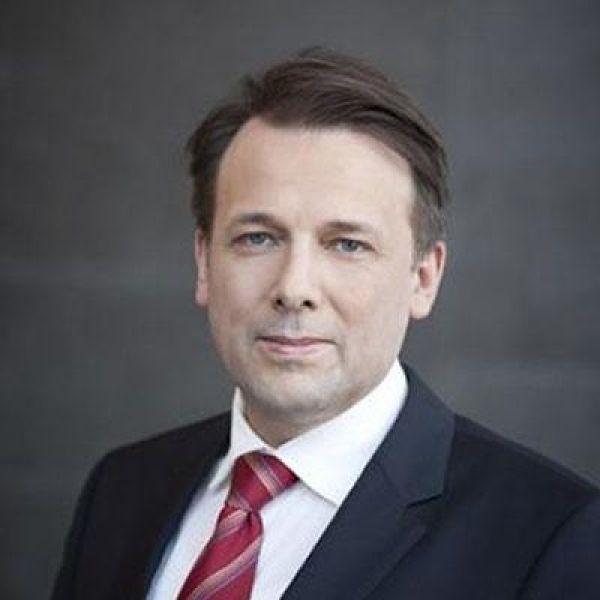 VICE PRESIDENT OF THE MANAGEMENT BOARD, CHIEF FINANCIAL OFFICER AT UNIDEVELOPMENT SA

Mariusz Przystupa is a financier and strategist. He takes active part in determining and implementing company policy by analysing the financial health and profitability of project processes, and planning and forecasting company costs. His hobbies include press photography and good films. 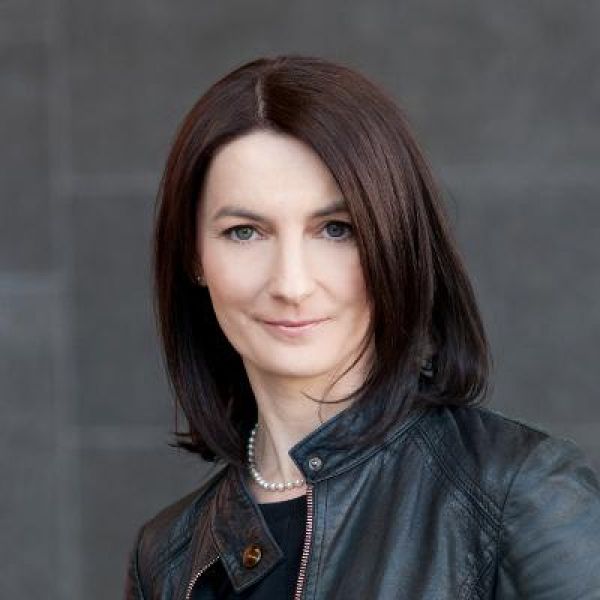 VICE PRESIDENT OF THE MANAGEMENT BOARD, SALES AND MARKETING DIRECTOR

Ewa Przeździecka oversees the work of the sales and marketing departments to ensure that every aspect of the services offered by the company to its customers is prepared in a professional manner and presented in an engaging way. She performs her duties with diligence and persistence. Her hobbies include travelling to new countries, travel literature and nature photography.

Let's be
in touch!

Save
Cookies user preferences
We use cookies to ensure you to get the best experience on our website. If you decline the use of cookies, this website may not function as expected.
Accept all
Decline all
Read more
Analytical cookies
These cookies are particularly intended to enable the website administrator to monitor the website traffic statistics, as well as the sources of traffic. Such data is typically collected anonymously.
Google Analytics
Accept
Decline
Niezbędne
Essential cookies
These cookies are necessary for the correct operation of the website and therefore cannot be disabled on this level; the use of these cookies does not involve the processing of personal data. While you can disable them via your browser settings, doing so may prevent the website from working normally.
Accept
Decline
Functional
Tools used to give you more features when navigating on the website, this can include social sharing.
AddThis
Accept
Decline